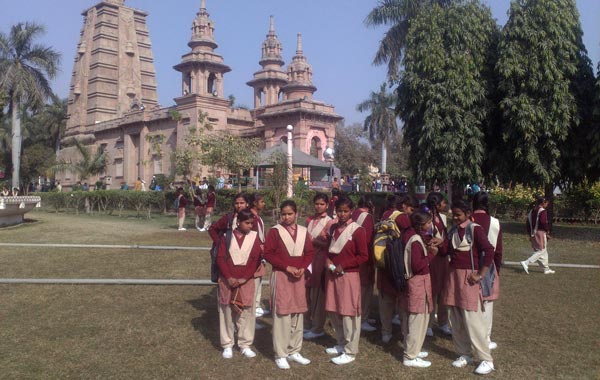 In the knotting areas, in rural areas, there are hundreds of school-age children, but far and wide there is hardly a school. One such area is around the place of Khanapur, southwest of Bhadohi. The approximately 24,000 people in the 8 villages live from carpet weaving and agriculture; they primarily grow rice.

For many years the school was sponsored by English carpet importers Hill & Co. Rugs, who paid for all running costs. Hill & Co. also funded the addition of two multipurpose rooms to the school building in 2010. The school computers and a laboratory for the natural science subjects are housed here. 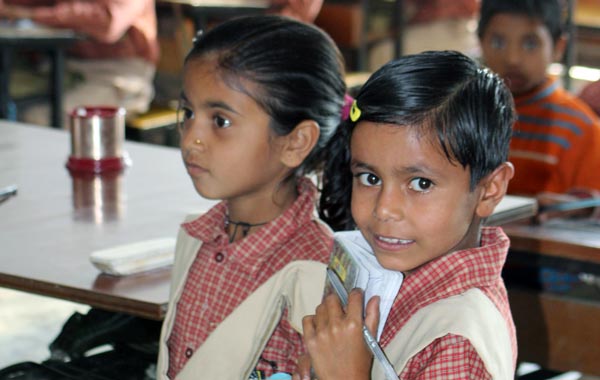 Two years later, in 2012, the school took a decisive step towards sustainability and independence: again at the suggestion of Hill & Co., solar systems were installed on the school roof. The systems supply the entire school, including the computer room, with electricity and make the previous noisy generators redundant.

The Haji Saheb Ali School and the teaching team are officially recognized by the Uttar Pradesh State Education and Training Authority (UP Basic Siksha Parishad). The local health authority has also checked the school for its hygienic standards.