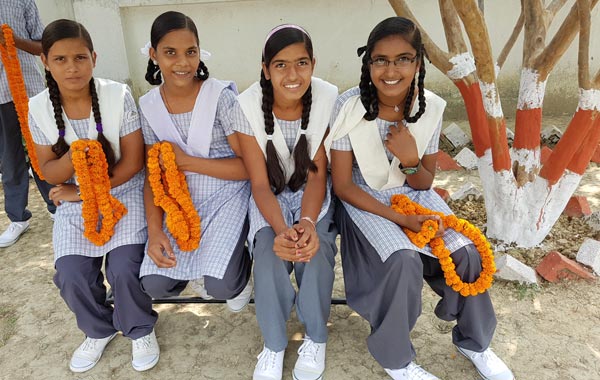 While CARE & FAIR often takes over, renovates and develops existing facilities, it also occasionally builds from the ground up. This was the case in 2008, for example, when German publishers Michael and Tim Steinert from the Hamburg-based publishing house SN-Fachpresseverlag contacted CARE & FAIR with an interest in sponsoring a project. Since we were unable to offer an existing project at that time and because there are still nowhere near enough schools in rug and carpet knotting regions, we decided to build a new school without further ado. Michael and Tim Steinert not only agreed to pay for the construction costs, but also the operating expenses for the first five years.

No sooner was this said, planned and done: Mr. Hirdaynarain and Mr. Chandrakeshwar Tiwari, two brothers of a headmaster at a CARE & FAIR school, signed over a piece of land in Garauli to us for the construction project. It couldn’t have been in a better location – after all, there wasn’t a single school in this catchment area with a population of around 30,000 people. The cornerstone was laid in October of 2008 and in March of 2010 the carpetXL School was officially dedicated. 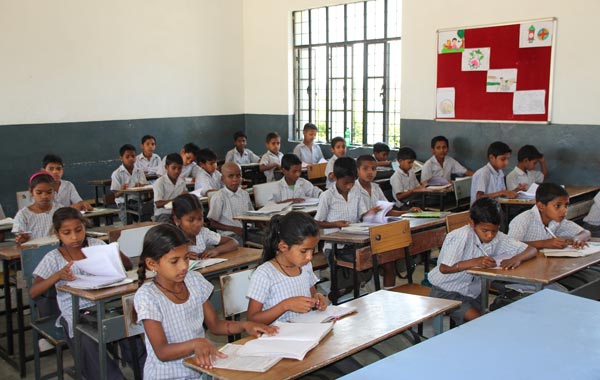 By July of 2010 all eight classes were full of students. From the very first day, the curriculum called for regular computer classes for children in grades 6 through 8.
The school has eight computer workstations for these classes.

All the running expenses of the school have been taken over by The Rug Establishment and Designers Desire in a joint sponsorship partnership as of 2015.

In October 2016 has been installed a solar power system in the CarpetXL school.

The Board of Education for the state of Uttar Pradesh (U.P. Basic Siksha Parishad) as well as the local public health authority are currently reviewing the school and the team of teachers. Official recognition by these two authorities will not only boost the villagers’ confidence in the quality of education, but will also motivate them to participate in the immunisation programmes offered here.

A Women Empowerment Programme (WEP V) was also incorporated into the school from day one.

Khanapur, Jangiganj / Bhadohi In the knotting areas, in rural areas, there are hundreds of school-age children, but far and wide there is hardly a school. One such area is around the place of Khanapur, southwest of Bhadohi. The approximately 24,000 ...