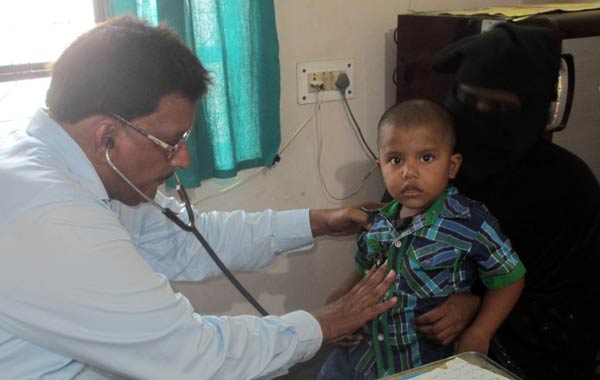 In 1997, Mr. A. C. Baranwal, a CARE & FAIR board member and co-founder of the foundation, gave us the piece of land where the clinic is now located. Construction of the new building was planned immediately and completed in March of 1999.

For the past 15 years the Volker Heinrich Medical Dispensary has been making an important contribution to providing healthcare services to the people in Bhadohi. The Response has been extremely positive from the very beginning. In the first year (1999), 60,000 patients were treated here. The clinic offers two types of medical care: allopathy (traditional medicine) and homeopathy. In addition to general medical concerns, the clinic specialises in treating patients with tuberculosis. The clinic has also hired a gynaecologist to meet the needs of female patients. 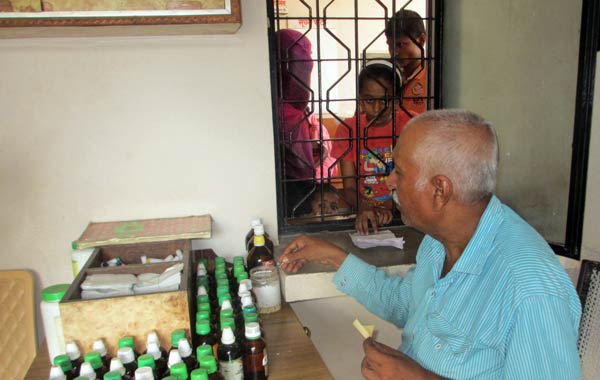 In 2013, the German medical journal Deutsches Ärzteblatt published an article stating that “every fifth patient who dies from tuberculosis comes from India” – yet this serious illness can be cured. This is why it is so important to improve early diagnosis options and treat the illness as soon as possible. After all, every untreated person with the disease is contagious. The Volker Heinrich Medical Dispensary in Bhadohi is active in this and other areas of healthcare. The clinic has been distributing more tuberculosis medicine since the year 2000. A lab was even added in 2007 so that the clinic can run blood and other tests as quickly as possible. In 2009, the Hospital received approval from the Health Department for the state of Uttar Pradesh to conduct the DOT program for tuberculosis patients. DOT stands for Directly Observed Treatment, which means that medical professionals provide tuberculosis patients with on-going support during their extensive treatment. DOT is the method of treatment recommended by the World Health Organization (WHO).

Since the third quarter of 2013, the American rug supplier Nourison (New Jersey) has agreed to pay for all operating expenses for an Initial period of five years. The Company ICE MARCJANSSEN, Netherlands took over the sponsorship in October 2018.

Khanapur, Jangiganj / Bhadohi   For many years, the Haji Saheb Ali School has been sponsored by the English carpet importer Hill & Co. Rugs, who paid for all running costs. Hill & Co. also funded the addition of two multipurpose rooms ...